Harriton Student Council has completed it’s counting and verification of all votes for the 2020 Primary Elections. Voting was open to all 9th through 11th grade students at Harriton via a ballot emailed to them multiple times from Wednesday, April 8th at 2:45 PM to Monday, April 13th 8:00 PM.

There were 545 votes cast, 542 of which were verified to be legitimate votes.

The following candidates for Harriton Student Council officer have advanced through the primary round of elections to the general election:

Note: Candidates are listed in alphabetical order by last name.

As a result of past legal precedent, Harriton Student Council is obligated to release counts of the number of votes that each candidate received. Below are the count results with the names of candidates redacted since they are minors. Each voter was able to cast up to two votes for each position.

Note: Abstaining for a particular office or only casting a singular vote for an office rather than two was an option available to voters on the ballot.

Speeches for the general election will be broadcast on Tuesday, April 28th at at time to be determined. Students should check their LMSD email for additional information in the coming weeks. 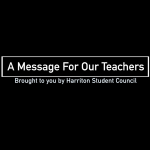 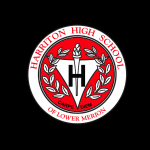